Here's Some Help With growing Tobacco ...


If you need any information about how to make your tobacco, read on. We outline everything for you below. There are also links to further information should you need it.

If you've ever grown tomato plants you're 9/10s there. All you need to be aware at the outset is that tobacco plants are generally large and need to be planted outside, preferably in a sunny garden location. They can be grown in pots indoors, but their yield will be much less. 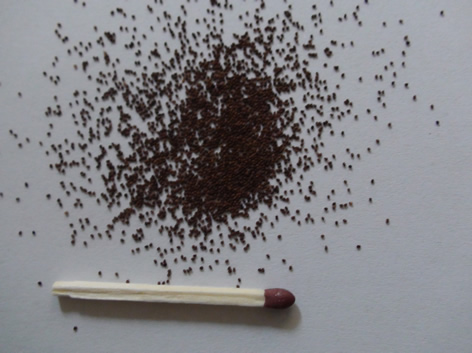 If seeds like warm, light and moist conditions to germinate, it won't surprise you to hear they like the opposite for storage. Keep them in a cold, dark and dry place and they'll last for many seasons.

Seeds should not be kept in a freezer but a refrigerator instead, where the temperature is about 3 degrees.

If stored correctly, these tiny things can remain viable for up to 5 years or more. You can expect to loose 10% per year, so that after 5 years, you can still expect around 50% of them to grow. 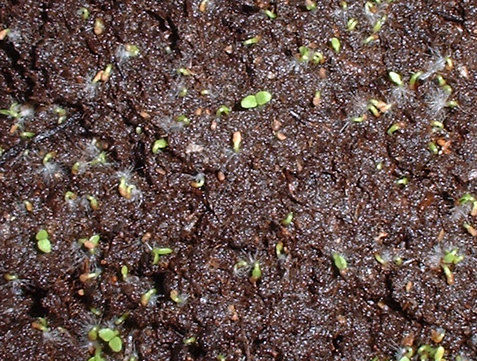 Place commercial seedling compost into a tray and soak with water, allowing the excess water to drain off. Sprinkle the tobacco seeds onto the surface of the damp soil. Do not cover the seeds with compost, as they need light for germination. Tobacco seeds are very tiny, so be careful to spread the seeds as evenly as possible. Keep the soil damp at all times, being careful not to wash the seeds around too much when watering. Use a water mist sprayer. If you are using pelleted seeds, simply place on the surface of the compost and lightly press the seed, so that it is half under/half on top.

Start the seeds 4-6 weeks before the last frost, making sure they are kept warm during this period and not allowed to dry out. A typical propagator is ideal. At a temperature of 75-80 degrees, seeds typically take a matter of days to germinate; though at this stage they are still rather small. At lower temperatures, the germination simply takes a few days longer. Typically, seeds take a few days to germinate but 7-14 days before anything is visible. At this size they are extremely small, resembling water-cress. Continue to grow them this way until they are large enough to handle.

Plantlets are ready to be transplanted into bigger pots, when the leaves are about 1cm in length. 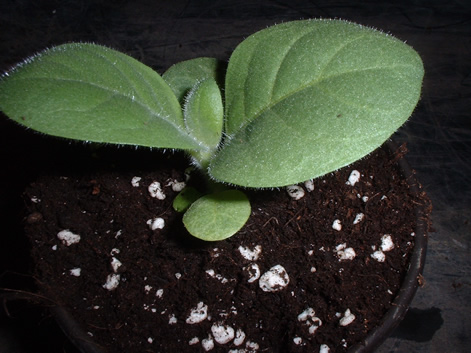 Once your plants leaves are 6 inches in size, they are ready to be planted outside. Plant outside only after all danger of frost has past. Care should be taken not to disturb the roots. Feed should only be given to established and rapidly growing plants after they have been replanted. Tobacco requires a lot of nitrogen and potash, which can be supplied using standard garden fertilizer. You may want to grow your tobacco using only organic fertilizers.

Ideally, space the tobacco plants about 2 ft. apart in rows 3 ft. apart. Transplant outside in the evening or when it is cloudy and overcast to avoid the youngsters from drying out. Water plants thoroughly after transplanting and water daily until plants become established. Like tomato plants, the branches (suckers, offshoots), should be removed to focus the plants energy on the large leaves. Tobacco plants generally require full to partial sun to grow properly. Tobacco is ready to be harvest after 60-90 days after planting.

Put simply, after tobacco is harvested, it is cured and dried and then allowed to age to improve flavor. There are four common methods of curing, and the method used depends on the type of tobacco and its intended use.

Air-cured tobacco is sheltered from wind and sun in a well-ventilated chamber, where it air-dries for six to eight weeks. Air-cured tobacco is low in sugar, which gives the tobacco smoke a light, sweet flavor, and high in nicotine. Cigar tobacco and burley tobaccos are air cured.

Flue-cured tobacco is kept in an enclosed heated area, but it is not directly exposed to smoke. This method produces cigarette tobacco that is high in sugar and has medium to high levels of nicotine. It is the fastest method of curing, requiring about a week. Virginia tobacco that has been flue cured is also called bright tobacco, because flue curing turns its leaves gold, orange, or yellow.

In fire curing, smoke from a low-burning fire on the barn floor permeates the leaves. This gives the leaves a distinctive smokey aroma and flavor. Fire curing takes three to ten weeks and produces a tobacco low in sugar and high in nicotine. Pipe tobacco often fire cured.